Christians in secular radio and television

2000. The law change in religious and spiritual broadcasting in New Zealand means that church groups as well as minority groups should, by legislation, expect their fair share of radio and television programming, but has been responded tentatively to by some Christians working in secular radio and television.

In February this year, the Broadcast Amendment Bill No. 2 was passed in Parliament, meaning the public broadcaster will now be legally obliged to “encourage a range of broadcasts that reflect the religious and ethical diversity of New Zealanders.”

The change of law gives legal ground to the Church to expect religious broadcasting and gives the Churches Broadcasting Commission a right to apply pressure to NZ on Air and Parliament. The law change will mean the new government will need to put away more money from tax dollars and that needs to be pit aside for local content.

Grant Dixon, who operates his own television and video productions company in Lower Hutt, is hopeful true changes will result but fears the leopard won’t change its spots. “I believe there’s an entrenched tabloid infotainment culture and I think it will be hard to change without bringing in new blood. In the areas of young adult music (like Parachute Productions) and comedy and even cartoons (like Vegetails) there’s great potential, but will the program slots and money be available?” 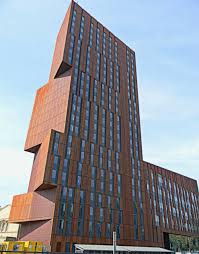 Phil Guyan of the Christian Broadcasting Association (CBA) thinks the law change means nothing until the Government grants more money to NZ on Air to meet the amendment. “If the Government does grant more money then the prospects are very good for CBA. We could produce many more programs for a greater variety of radio networks if we get funding.”

“While I welcome more and better programming which advances particular religious beliefs,” says broadcaster Ian Johnstone, “ I believe programmes which set out to promote a particularly Christian (or any other religious) solution or viewpoint are less valuable than those which explore social, philosophical and ethical questions and issues because of their intrinsic interest and importance. I very much hope to play some part in making programmes with that aim.”

CBA is an independent program producer that makes radio programmes with a Christian edge for secular commercial radio networks. They have made over 800 programmes in the last three years and reach 150,000 ordinary New Zealanders every weekday on Newstalk ZB. “We’re reaching non-Christian audiences, on the stations they’re already listening to – on top rating, number one secular nationwide networks,” says CBA’s sole employee Phil Guyan.

The mission of CBA is to “communicate the essentials of the Christian faith to those who have never understood.” Phil Guyan says CBA wants to speak the message of Jesus “in a meaningful way that makes sense to normal New Zealanders who rarely set foot inside a Church.” According to a 1998 survey on one of their shows done by an independent analyst, “82% of regular listeners are happy with the current variety of topics, with the majority feeling that the programmes are direct enough to make their point.”

Phil’s personal motivation for being involved in secular radio is his mission statement “to live in such a way as to advance the cause of Christ.”

Ian Johnstone believes “what is important is the degree to which ethical standards govern the performance of people in the media. If they way they carry out their duties is directed by underlying Christian principles to do with honesty, fairness, responsibility, compassion, integrity, then the society as a whole is well served.”

Grant Dixon started out wanting to get into Christian broadcasting and making a Christian impact, but that has proved harder than he thought.

Grant guesses that being a Christian in secular radio and television and being a Christian in Christian media “both serve God, in the same way as a farmer or mechanic also serve the purposes of God. However Christians working in a secular media can have an impact, albeit small. For instance Rob Harley has done some excellent and ‘worthy’ 60 minute type of stories, that I’m sure were improved by his Christian motivations.”

This site uses Akismet to reduce spam. Learn how your comment data is processed.